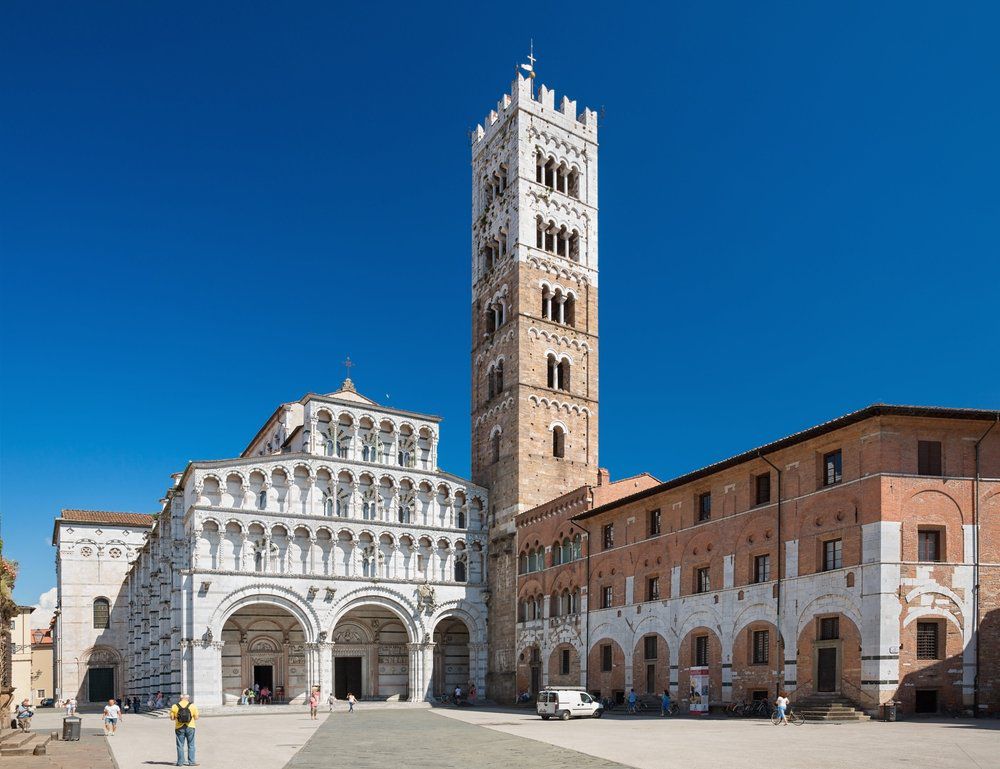 It was the only City-State in Tuscany to have maintained its autonomy until 1847. A unique town it is very proud of its independence and heritage. It defended the freedom of the "Civitas", leaving intact its city walls that date back to the 16th century. The 4250km-long walls features towers and bastions that are still well-conserved today. Inside the medieval city, there are numerous monuments and artworks from the centuries, like the Roman Amphitheatre, the San Frediano Basilica, the piazza and church of San Michele, the San Martino col Volto Santo Cathedral, the tomb of Ilaria del Carretto, sculpted by Jacopo della Quercia, the Guinigi Tower, via Fillungo, Palazzo Ducale in Piazza Napoleone. The monumental historic center of the city has remained intact and still reflects its original layout and urban plan. It houses numerous medieval churches of great architectural importance (Lucca has been called the 'city with 100 churches' for the vast number of churches in the city center), towers and bell towers, and monumental palazzos. The city also features piazza dell'Anfiteatro, built by Lorenzo Nottolini atop the ruins of an older Roman theatre, and the main medieval thoroughfare, via Fillungo.